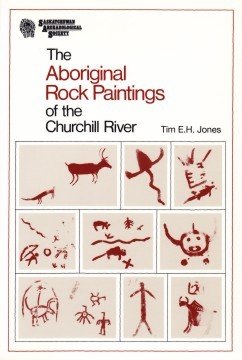 Aboriginal Rock Paintings of the Churchill River, The

00000992
C$21.00
In stock
1
Product Details
By (author): Tim E.H. Jones
ISBN: 9780969142064
Publisher: Saskatchewan Archaeological Society
Date: 2006
This book discusses and illustrates the most durable and ancient art form created by the ancestors of today’s Woodland Cree residents who lived along the Churchill River of Saskatchewan and Manitoba. The red ochre paintings are found on vertical rock cliff faces in 19 places on the Saskatchewan stretch of this long-used waterway, and in three locations on its Opachuanau Lake portion in Manitoba. They are some of the northwestern-most examples of the Northern Woodland rock art tradition, which extends back in time at least 2000 years, and in space from Quebec and Minnesota to northwestern Saskatchewan.

This book presents an environmental and cultural context for this unique art form as it is found throughout the northwest Canadian Shield’s boreal forest, and discusses what is currently known about the age, origins and meanings, based on historical, archaeological and ethnological evidence.

Virtually all of the known Churchill River paintings are reproduced in this book. As well, 22 colour photographs show a sample of the paintings and their settings on the rock canvases provided by the Precambrian bedrock.
Save this product for later
Display prices in: CAD