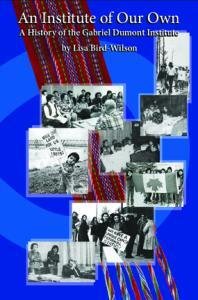 An Institute of Our Own: A History of the Gabriel Dumont Institute

SKU 00001103
C$20.00
In stock
1
Product Details
In the early 1970s Saskatchewan was a hotbed of Native activism. Inspired by examples from the Red Power and American Indian movements, Saskatchewan's Métis and Non-Status Indians took up various forms of public protest, including road blocks, sit-ins, and occupations of government buildings as a means of drawing attention to the most pressing Native issues. Jobs and education were top concerns; Native people were faced with harsh economic and social conditions, and Native leaders could see that education was the key to improving peoples' lives. The activism of the early '70s sowed the seeds for the eventual development of the Gabriel Dumont Institute (GDI)—Canada's first, largest, and most prominent Métis institute. Breaking ground as the first wholly-owned and operated Métis-specific Institute, GDI is also unique because of its dual focus to provide for the education and training needs of the province's Métis and to preserve and promote Métis history and culture.

In clear and precise prose, Lisa Bird-Wilson chronicles the Institute's history from the early activism of the '70s to the celebration of the Institute's 30th anniversary in 2010. Her account includes details of a financial crisis that nearly killed the Institute and the rebuilding that followed. Based on personal interviews with many of the Institute's founders and champions, Bird-Wilson paints a compelling picture of the issues, the times, and the people involved with building one of the Métis Nation's treasures.
Save this product for later