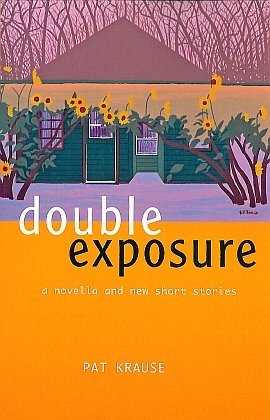 SKU 00001574
C$20.00
In stock
1
Product Details
In the novella, Southern Relations, Gran Tish the great-grandmother in the Walker-Richmond family, dies with her deaf ear up the day before her birthday, bringing together women in the family from both sides of the Canadian/American border, including an ageing nursemaid named Lusa. This launches into a marathon of story telling involving a wild Goose Hunt and a female answer to Lazarus in the shape of a potter known as Mrs. A-to-Z because her last name begins with the letter A and winds with the letter Z. A planned birthday "bash" turns into a celebration, with manic acts when Tish's sister Ginger arrives from Alabama. Like these women, readers may indulge in a hearty, throaty guffaw and a good cry; all in praise of the emotive power of this double exposure.

The stories of Prentice Scott from FRESHIE and Best Kept Secrets continue here, with Prentice now an adult, raising her own four children, with the help of her mother-in-law, Katydid, who hangs her underclothing on lilac bushes. Still madly in love with husband Karl, an agent for Trans Canada Airlines, P.S turns a broom closet into an office, commiserates with Queen Elizabeth over the trials of child-rearing, and carries on until her own Last Dance.
Save this product for later
Display prices in: CAD