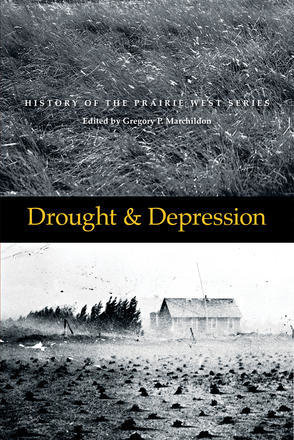 The Great Depression of the 1930s often evokes images of the drought-stricken Canadian prairies, a region then in the grips of environmental and economic disaster. Between 1929 and 1932, per capita incomes fell by half in Manitoba, by 61 per cent in Alberta, and by an astonishing 72 per cent in Saskatchewan. The resulting political and social upheaval swept throughout the rest of the country.

This sixth volume of the History of the Prairie West Series contains a broad range of articles bringing together the best research of the past forty years about this pivotal decade in the history of Alberta, Saskatchewan, and Manitoba. It features a multifaceted investigation of the Great Depression on the Canadian Prairies and covers a broad range of topics, including unemployment, ecology, coal miners' strikes, soldier settlements, school disintegration, homesteading, prairie politics, and the legacy of the rural prairie novel.