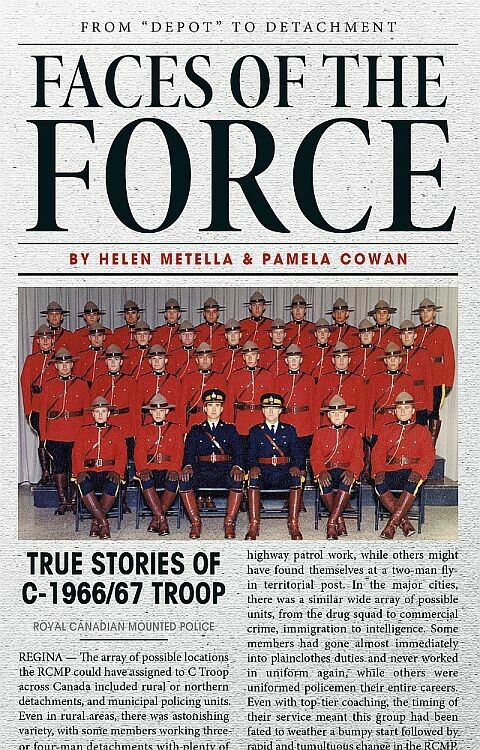 Faces of the Force: From Depot to Detachment - True Stories of C-1966/67 Troop

SKU 00001877
C$19.95
In stock
1
Product Details
They hailed from all regions of Canada. They were focused on a monumental task. They were going to uphold the laws of this country.
,br>In June 1966, thirty-two young men from across Canada arrived at RCMP "Depot" Division in Regina, Saskatchewan, where they underwent rigorous training. The physical and emotional challenges were many, but in spite of these, the recruits developed a sense of camaraderie and determination that enabled them to graduate as C-1966/67 Troop.

Faces of the Force follows the careers of these young police officers as they dispersed across Canada to encounter both triumph and tragedy; some would remain in the RCMP, others would pursue other paths. Through it all, they would never forget the lesson they learned, and what it means "to serve and protect."
Save this product for later
Display prices in: CAD