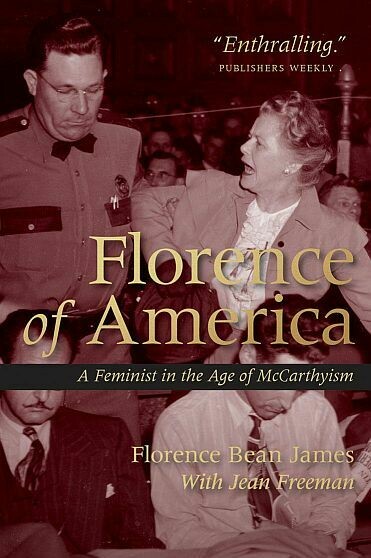 Florence of America: A Feminist in the Age of McCarthyism

SKU 00001795
C$24.95
In stock
1
Product Details
Born on the Idaho frontier, Florence James was a New York City suffragette. The first to put Jimmy Cagney on stage, she founded both the Negro Repertory Theatre and the Seattle Repertory Playhouse. She worked with Francis Farmer, Paul Robson, and Helen Hayes, but her views on art and politics and her choice of plays led to a clash with the Un-American Activities Committee. In the wake of two Kafkaesque trials, where she condemned her persecutors as liars, she fled to Canada and kick-started professional theatre in Saskatchewan, the home to North America’s first socialist government. Florence of America is a story of one woman speaking truth to power.
Save this product for later