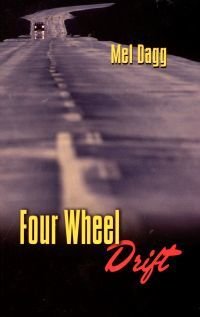 SKU 00000393
C$17.95
In stock
1
Product Details
For two decades Mel Dagg has been writing short stories featured on CBC's Anthology, CBC's Morningside, and anthologized in "The Last Map is the Heart", "The Best of Grain", and "More Stories from Western Canada". A story from his first collection was cited in "The Yearbook of the American Short Story" and was recently anthologized in Denmark. This collection combines the best from Mel Dagg's previous work with new stories that affirm his reputation as a writer of empathy, historical perspective, and social realism. "Four Wheel Drift" pushes at the boundaries of story and mind as disparate characters collide, their fates affected by the debris of their pasts.
Save this product for later