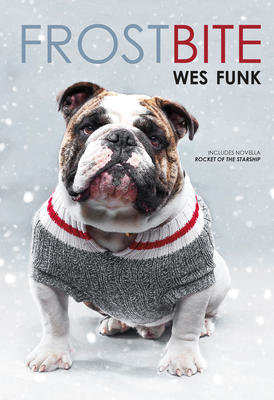 His career is in turmoil, his marriage has ended and he's suddenly living in a Saskatoon high-rise with his sluggish bulldog and his Star Wars collection. As one brutally cold (colder than Hoth!) Canadian winter ensues, Deck tries desperately to get on track and adjust to his altered life. But there are roadblocks ahead as Dec struggles to find himself in his new world.

Also includes the Novella Rocket of the Starship.

Grumpy gay comic shop owner Dare Darke is still adjusting to being in his first real relationship when an eighteen-year-old boy named Rocket enters his store and drops a bomb. What follows is a blast wave that will alter Dare's world forever.

Save this product for later
Display prices in: CAD