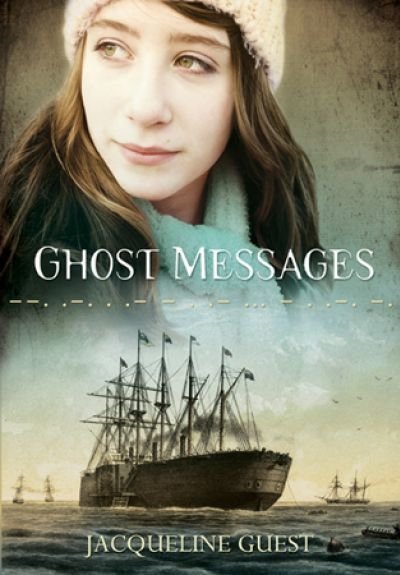 SKU 00000915
C$8.95
In stock
1
Product Details
Thirteen year old Ailish, a feisty Irish fortune-teller, is about to become part of history. She becomes trapped on the mighty Great Eastern just as the ship sets off on its voyage to lay the very first trans-Atlantic telegraph cable. Escape is impossible!

Ailish must pretend to be a boy to keep from being pitched into the ocean by superstitious sailors, while dodging a dangerous ruffian who has stolen her golden treasure. She frequently gets help from a pale young boy named Davy, who seems to know everything about the Great Eastern, but won't ever come up on deck.

Will Ailish's wits, her determination, and her friendship help her to survive the trip, find her treasure and solve the mystery of her young companion?
Save this product for later