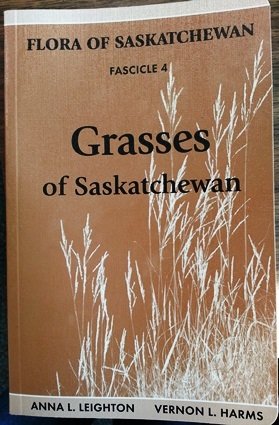 Grasses of Saskatchewan answers these questions and provides detailed illustrations, descrptions and keys for the 173 species of grasses that grow in the province. The book begins with an introduction to the parts of the grass plant used in identification, and ends with a section on vegetative features of common upland species. Distribution maps show where in the province each species has been found.

As a grassland province, Saskatchewan is uniquely positioned in North America; it is at the northern edge of the Great Plains, and at the edge of ranges of eastern species (found in MB, ON, the Maritimes and adjacent US), western species (found in AB, BC and adjacent US), and northern species. About 1/4 of our native species reach the edge of their principal range in Saskatchewan. Grasses of Saskatchewan provides, for the first time, a single reference that covers all the grass species known to occur in the province. It also incorporates the currently accepted scientific names as synonyms.


Save this product for later
Display prices in: CAD