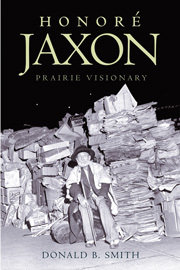 SKU 00000169
C$24.95
In stock
1
Product Details
William Henry Jackson was born an Anglo-Saxon Methodist in Southern Ontario. Leaving behind that identity, he served as Louis Riel's secretary during the 1885 Resistance, narrowly avoiding lengthy imprisonment. Escaping an asylum for the insane, he went on to become a prominent labour leader in Chicago, finally trying his hand as a real-estate developer in New York City. Along the way, he adopted the name Honore Jaxon, and assumed a prairie Metis identity.
Save this product for later