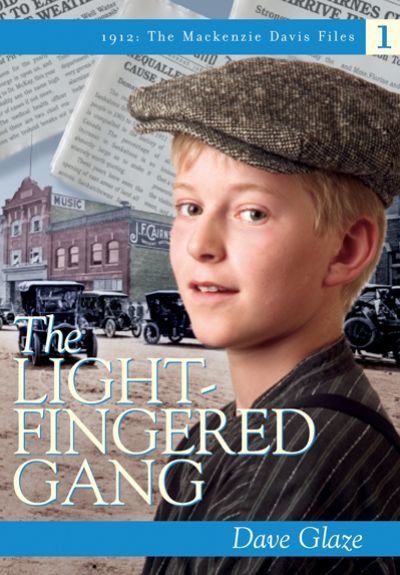 SKU 00000174
C$8.95
In stock
1
Product Details
Twelve-year-old Mackenzie Davis helps catch the sinister thieves preying on Saskatoon in 1912 and learns to make his own judgements about the people he meets.

Mackenzie Davis can’t help it: he keeps getting involved in mysteries. He and his friend Albert roam the young city of Saskatoon – watching buildings go up, searching for coins under boardwalks, running impromptu races all over town.

Like his father Ted, a reporter for the Daily Phoenix, Mackenzie loves interesting stories and people. People like his “Galician” friend Stanley, who opens Mack’s eyes to the lives of the men building downtown Saskatoon. Or the local strongman, Henry Lavallée, who uses strength and cunning to conquer a circus hero. Or the mysterious Chinese boy who works at the local laundry.

Action peaks during the visit of a circus – complete with elephants, tigers, and light-fingered pickpockets. Mack and Albert, with help from the Chinese boy, catch the bad guys. Mack learns about typhoid fever. And an enterprising young man named “John” has some convincing arguments about why he’ll one day be prime minister.
Save this product for later