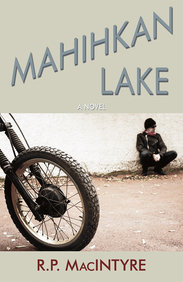 SKU 00001437
C$19.95
In stock
1
Product Details
Immediately before his tragic death, stuttering mechanic Dave pays a surprise visit to his younger brother Denny and instructs him to give a letter to their young sister Dianne. "D-don't r-read it. D-don't open it. D-don't nnothing it," Dave commands before taking off one last time for the abandoned family cabin at Mahihkan Lake. Before Denny has the chance to question his brother, Dave is killed on the highway and Denny is plunged into a downward spiral and a stint in rehab for alcoholism. After Dave's funeral, Denny and Dianne head north to spread their adopted brother's ashes and attempt to rebuild their fractured relationship.

In a whirl of tension, conspiring events are set to intersect at Mahihkan Lake. There under the watchful eye of ravens, Denny and Dianne hope to spread their adopted brothers's ashes and attempt to salvage their own troubled relationship. On the approaching Mahihkan River, Harold Huckaluk, the truck driver who killed their brother is on his own journey of redemption. In the eerie wilderness their fates are about to collide.
Save this product for later
Display prices in: CAD