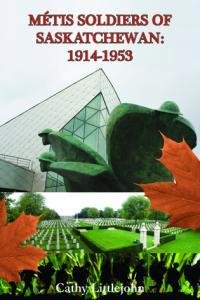 00001133
C$25.00
In stock
1
Product Details
By (author): Cathy Littlejohn
ISBN: 9781926795102
Publisher: Gabriel Dumont Institute Press
Date: 2012
Métis Soldiers of Saskatchewan greatly contributes to our knowledge of the role played by Saskatchewan’s Métis during Canada’s war efforts. This important commemorative book contains hundreds of photographs as well as a detailed list of more than 1,700 Métis soldiers from Saskatchewan who fought in two World Wars and the Korean war.
Save this product for later
Display prices in: CAD