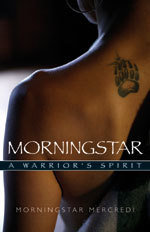 SKU 00000154
C$19.95
In stock
1
Product Details
A powerful and moving story of one woman?s victory over abuse, poverty, and discrimination to recover her life, her self-esteem and the love of her son. Morningstar Mercredi was born and lived in the north ? Fort Chipewayan and Fort McMurray in Alberta, Uranium City in Saskatchewan, and a number of small communities. Sexually abused from an early age, by family members and the boyfriends she turned to for consolation, she was promiscuous, alcoholic and a drug user by the time she was thirteen. She had a son at 17 and married his father a year later. Everything was a struggle. Days and weeks of sobriety were followed by weeks and months of drinking and self-abuse. Then, when her son was four, things began to change. Morningstar found support, from the community, from her son, and from within herself, to be a good mother, find employment, keep relationships and reconnect with her family. Today, she is a strong and creative member of her community, and eager to tell her story of defeat and ultimate triumph. Sadly, the first part of this story is all too common, while the second is all too rare. Morningstar not only discovers her self worth and esteem, she traces her abuse to its origin in history, freeing her from her cycle of self sabotage as she comes to terms with not only her history but a shared history among thousands of survivors who struggle with residential school syndrome. She is honest and self-critical in her descriptions of many attempts and repeated failures.
Save this product for later
Display prices in: CAD