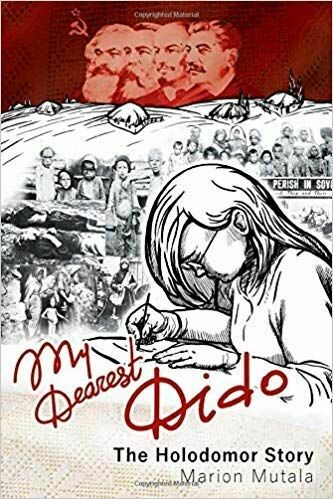 My Dearest Dido: The Holodomor Story

My Dearest Dido - The Holodomor Story is a haunting account of the innocent victims of Stalin's vicious regime. In the name of communism, Stalin and his armed units branded Ukrainians traitors and tortured, beat, starved, and shot them - often for the simple crime of eating stalks of grain.

This heart-breaking record is based on the voices of survivors and told through the eyes of Dido Bohdan and his granddaughter Hanusia. The Holodomor, or Great Ukrainian Famine, was a five-year plan engineered by Stalin that starved millions of people. Stalin attempted to control Ukraine by destroying families, crushing communities, silencing media, and eradicating Ukrainian culture.
Save this product for later
Display prices in: CAD