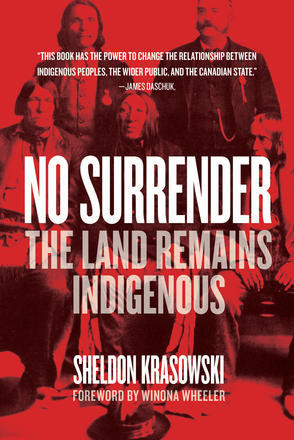 No Surrender: The Land Remains Indigenous

SKU 00001744
C$27.95
In stock
1
Product Details
Between 1869 and 1877 the government of Canada negotiated Treaties One through Seven with Indigenous Peoples in Western Canada. Many argue that the negotiations suffered from cultural misunderstandings between the treaty commissioners and Indigenous chiefs, but newly uncovered eyewitness accounts how that the Canadian government had a strategic plan to deceive over the "surrender clause" and land sharing.
Save this product for later
Display prices in: CAD