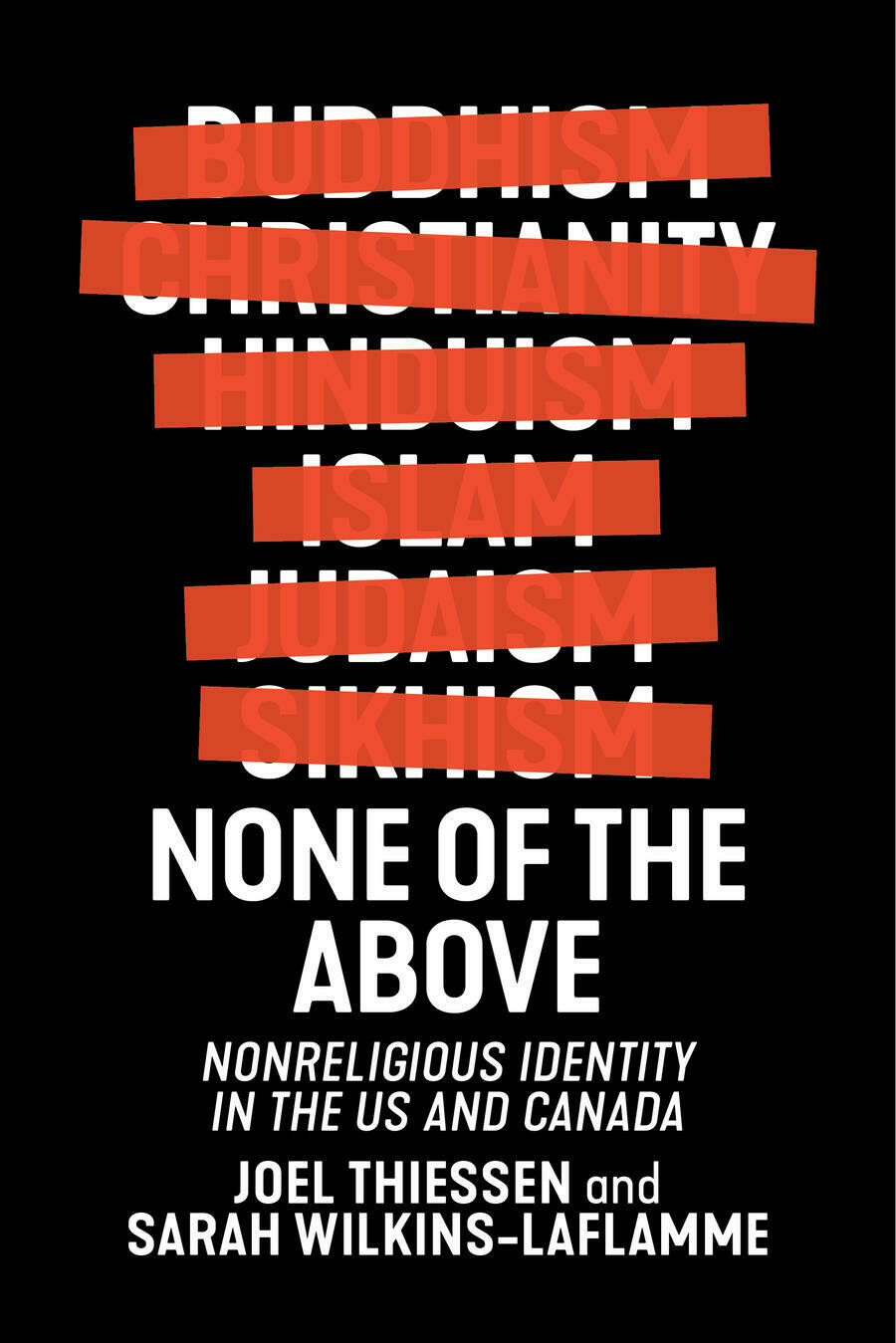 None of the Above: Nonreligious Identity in the US and Canada

SKU 00001857
C$34.95
In stock
1
Product Details
Almost a quarter of Canadian and American adults are nonreligious, while youth are even more likely to identify as such. None of the Above explores the growing phenomenon of these “religious nones” in North America. Who are they, why and where is this population growing, and what impact are they having on today’s societal and political trends?

While the impact of secularism in both Europe and the United States has received much attention of late, little work has been done in Canada. In None of the Above, two Canadian scholars set about collecting current data in order to understand how a nonreligious identity impacts daily life in Canada, with comparisons to those living in the US. Though they find similarities, they also find key differences. With more nonreligious people living in Canada than in the US, the authors suggest that a growing divide between religious and nonreligious populations could engender a greater distance in moral and political values and behaviours than ever before.
Save this product for later