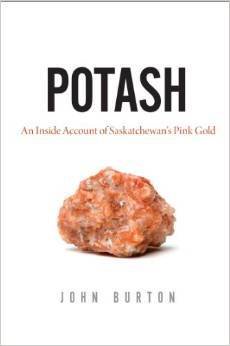 00001269
C$29.95
In stock
1
Product Details
By (author): John Burton
ISBN: 9780889773141
Publisher: University of Regina Press
Date: 2014
In Saskatchewan, politics and potash are continuously, inextricably intertwined. The province is the largest single producer of potash on earth, accounting for about a quarter of the world’s total production. The industry has played a significant role in the provincial economy for over 40 years and continues to contribute to Saskatchewan’s growth. Recoverable reserves of potash are well over 100 billion tons.

With global markets currently in upheaval, Potash explores the interface between politics and the industry, the question of returns to the people of the province, and considers new developments that portend changes to the existing state of affairs. Written by an insider who helped nationalize the industry in the 1970s, John Burton expertly integrates behind-the-scenes accounts of the major players, archival material, and interview sources to produce a book that “cuts through the bull” and adds to our understanding of the world’s greatest fertilizer.
Save this product for later
Display prices in: CAD