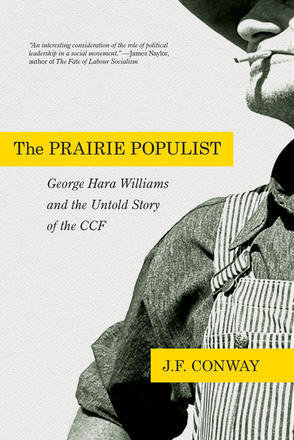 Prairie Populist, The: George Hara Williams and the Untold Story of the CCf

SKU 00001650
C$34.95
In stock
1
Product Details
George Hara Williams was the most successful of the early leaders of the CCF in Saskatchewan. But his role in the party was undermined by Tommy Douglas and M. J. Coldwell, and now he is almost forgotten.

The populist who mobilized farmers of the province to support a socialist platform, he was one of five MLAs elected in the 1934 election, becoming Leader of the Opposition. He firmly supported socialists participating in the struggle against fascism, including military action, a position not held by everyone in the party. While Williams was serving overseas, a campaign to replace him as leader, led by Coldwell and Douglas, was successful.

The full story of Williams’ role in building the CCF and bringing it to the threshold of power, and the party machinations leading to his defeat as leader, has until now, been never fully documented.
Save this product for later