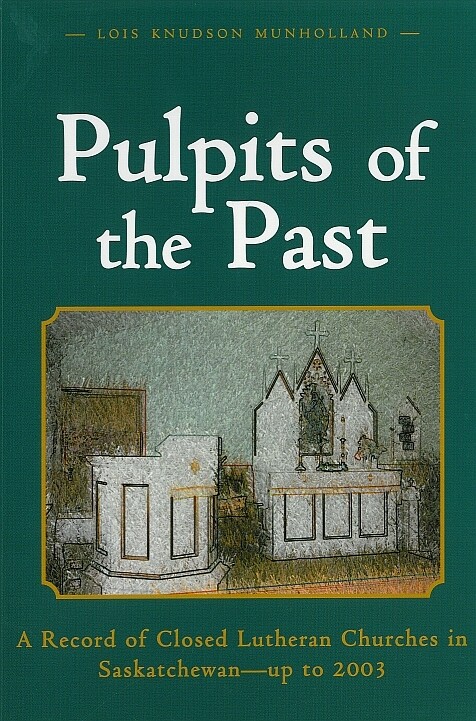 Pulpits of the Past: A Record of Closed Lutheran Churches in Saskatchewan - up to 2003

Like so many immigrants in the late nineteenth and early twentieth century, the Lutherans who came to Canada's West - from Eastern Canada, Europe, and the United States - brought with them their hopes and dreams for a new life; their willingness to work and to sacrifice; their faith. Finding themselves largely isolated by vast spaces and a harsh environment, they nonetheless came together to worship, to pray, to marry, to baptize their children, to bury their dead. In hundreds of places across the province, Lutherans from many different traditions - Augustana Synod, General Council, Icelandic Evangelical, Lutheran Brethren, Lutheran Free, Missouri Synod, Norwegian Synod, Ohio Synod, United Norwegian - organized themselves, raised money, called pastors, built churches and parsonages.

More than 700 communities of Lutherans which at one time exited in Saskatchewan eventually disbanded over the course of the last century or so. Pulpits of the Past provides a record of the life of those churches, the charter members and early leaders, and the pastors who served them.
Save this product for later
Display prices in: CAD