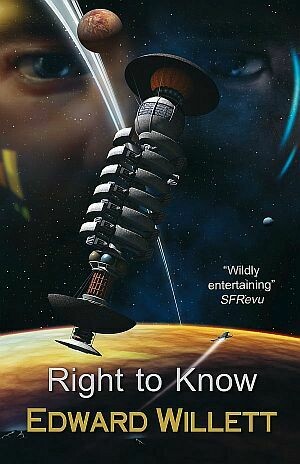 SKU 00001921
C$19.95
In stock
1
Product Details
Right to Know is a fast-paced space opera about first contact–with a difference. When Art Stoddard, civilian information officer of the generation starship Mayflower II, is kidnapped by a secret military organization determined to overthrow the power of the Captain and Crew, he becomes embroiled in a conflict that tests everything he believed to be true, forced to choose between preserving social order and restoring the people’s right to know.

When Art is ripped from the safety of his ship by the mysterious residents of Peregrine, his problems only escalate. He becomes a pawn in a game that will determine the fate of both ship and planet. As he and his new found friends rush to save both, he faces questions of courage, loyalty and moral responsibility.
Save this product for later