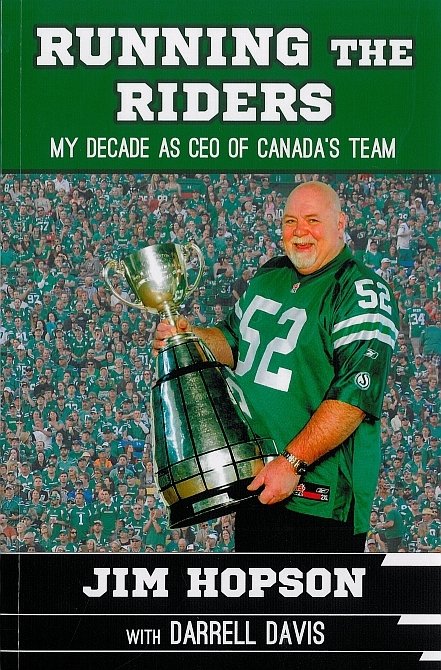 Running the Riders: My Decade as CEO of Canada's Team

SKU 00001443
C$19.95
In stock
1
Product Details
The Saskatchewan Roughriders were mired in mediocrity, a decent football team that couldn’t advance to the Grey Cup as the franchise worked its way out of financial distress and tried to reconnect with its fan base. In 2004, offensive lineman-turned educator Jim Hopson was hopeful that the Roughriders directors would hire him as the team’s first full-time president and CEO. He believed that the team, with its incredible fan base, could become a successful business that consistently posted strong annual profits while playing in and winning multiple Grey Cups.

And it happened. After a decade under Hopson’s leadership (2005 to 2015), the Roughriders became the Canadian Football League's strongest franchise, appearing in four Grey Cup games (winning twice) and selling more team merchandise than the other eight CFL franchises combined. They obliterated their debt and posted a record-setting profit of $10.4 million after winning a hometown Grey Cup in 2013, which has been described as the biggest moment in the 105-year-old team’s history.

Hopson’s book, with the assistance of Darrell Davis (an author and long-time sports writer and Roughriders beat writer at the Regina Leader-Post), describes Hopson’s business plans, the resistance to change within the organization, the interplay with the fans of Rider Nation, difficult decisions made, and the euphoria of winning two league championships.

An emotional man with a firm disposition, Jim Hopson describes the highs and lows that went along with the job and the path he took, professionally and personally, to the biggest office with the franchise known as “Canada’s Team."
Save this product for later