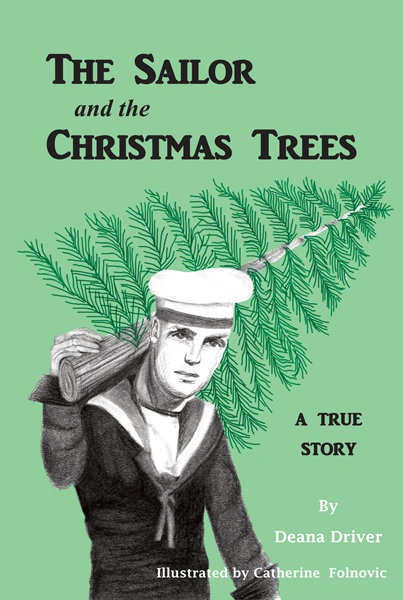 Sailor and the Christmas Trees, The: A True Story

SKU 00001110
C$14.95
In stock
1
Product Details
Perfect for children age 5 and up, those learning to read and anyone who enjoys stories of unsung Canadian heroes.

Manitoba-born John Hanlon served in the Royal Canadian Navy during the Second World War. In late November 1944, the frigate he was stationed on was docked in St. John's, Newfoundland. John realized that they would likely be at sea on Christmas Day, so he decided that he and some other sailors should go up a nearby hill and cut down a few evergreen trees, then hide them in the ship until Christmas. And that's what they did.

On Christmas morning, in the middle of the Atlantic Ocean on their way back to Canada from England, John and his friends pulled out those trees and surprised their fellow shipmates with a hearty ‘Merry Christmas’ wish! They also shared this unexpected Christmas gift with some small children on another ship, who were being transported to safety in Canada.

Decades later, John met one of the women who was a child on that ship. and they savoured the memory of that special Christmas Day.

This is a heart-warming true story, as told by the late John Hanlon of Brandon, Manitoba.

Review available!
Save this product for later
Display prices in: CAD