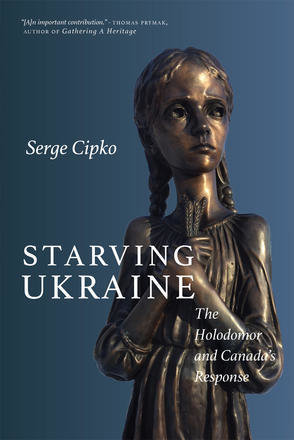 SKU 00001612
C$80.00
In stock
1
Product Details
From 1932 to 1933, a catastrophic famine, known as the Holodomor ("exterminated by hunger"), raged through Ukraine, killing millions of people. Although the Soviet government denied it, news about the tragedy got out and Canadians came to learn about the famine from many, though often contradictory, sources. Through an extensive analysis of newspapers, political speeches, and organized protests, Serge Cipko examines both the reporting of the famine and the Canadian response to it, highlighting the vital importance of journalism and the power of public demonstration in shaping government action.
Save this product for later