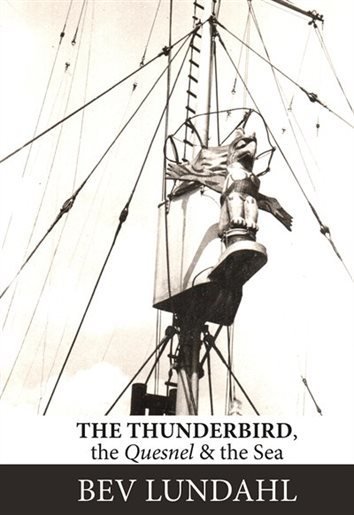 The Thunderbird, the Quesnel, & the Sea

SKU 00001724
C$19.95
In stock
1
Product Details
Since he had entered service aboard HMCS Quesnel in June 1944, close to the end of the Second World War, Dad knew very little about the origin of the ship's thunderbird mascot. In the 1940s, he had not asked any more questions about it than I had as a child in the 1950s and 1960s. The new millennium would be upon us before our perception began to crack and the significance of a First Nation carving turned World War II mascot became apparent. But what happened to it at the end of the war? First Nations people have been telling their stories, waking many Canadians up to another reality in our country. Barriers are coming down as Indigenous peoples find their voices. It is the responsibility of all Canadians to listen to those voices and hear what they are saying. Non-Indigenous Canadians who have discovered a story in their family's past that relates to the concerns of the Truth and Reconciliation process in Canada also have a responsibility to tell their stories. The Thunderbird, the Quesnel, & the Sea is one.
Save this product for later
Display prices in: CAD