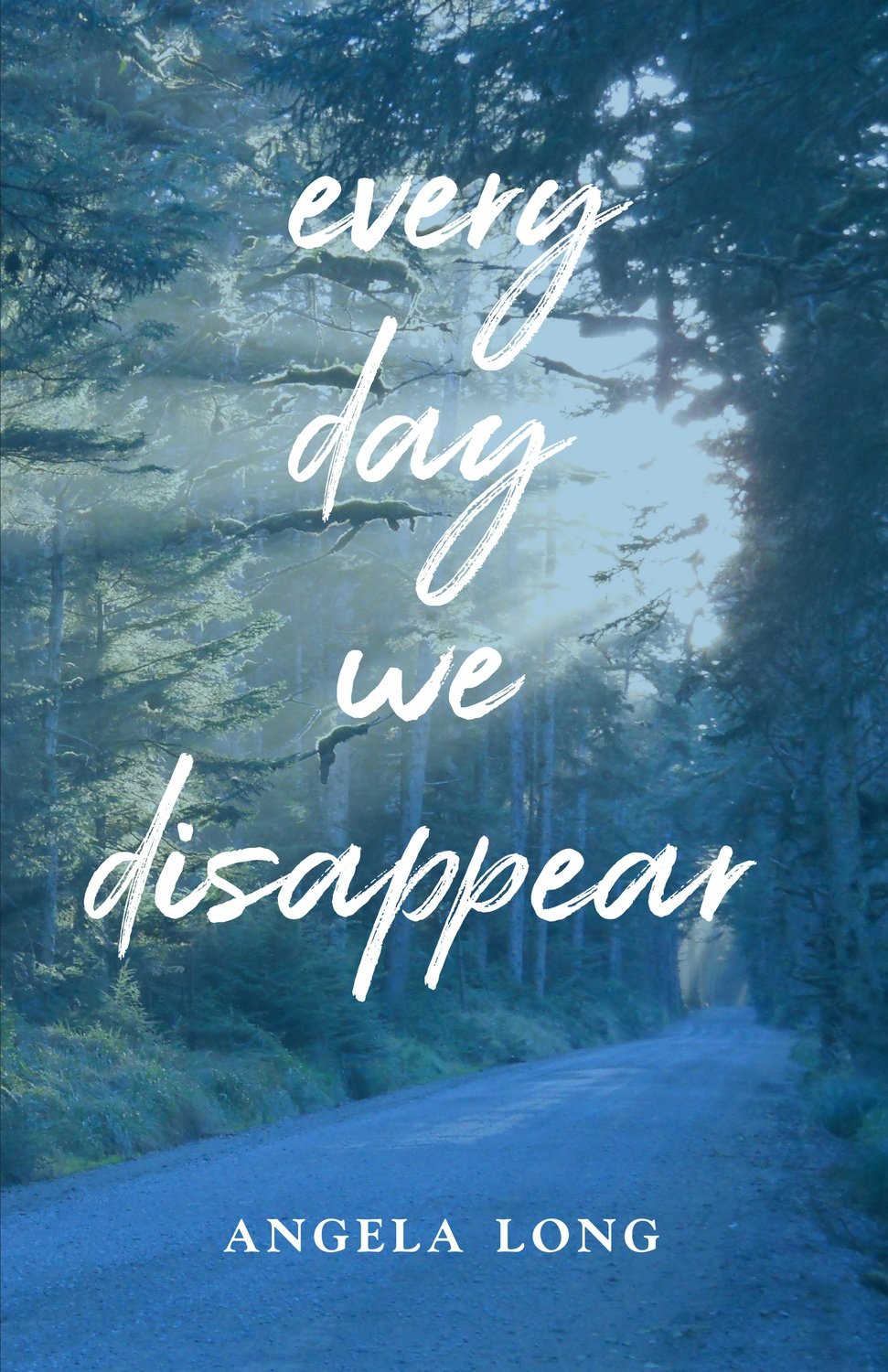 every day we disappear

SKU 00001708
C$22.00
In stock
1
Product Details
Playful, thought-provoking and evocative, Every Day We Disappear recounts Angela Long’s travels around the world. In this, her first book of non-fiction, she writes about many things: falling in love with an aspiring monk, meeting her birth mother, being hugged by a saint, tree planting and witnessing firsthand the lives of those who live in poverty. She also learns to sit still and listen. This is a masterful and poetic storytelling told from the viewpoint of an adventurous spirit.
"In lyrical prose that is sometimes irreverent, Angela Long takes her readers to places they might never go unaccompanied. As she searches alone for self-fulfillment and love in the British Columbia bush or a Ganges River ashram; in a Roman piazza or a Kashmiri houseboat, her readers learn about themselves too." - Lynne Bowen, author of Boss Whistle
"Engaging, insightful, and delightfully entertaining. Every Day We Disappear takes memoir to a whole new level." Andreas Schroeder, author of Dust Ship Glory.
"The writing is so unaffectedly deft and alert that it would be tempting to race through this chronicle at one sitting as if it were a deck of soothsayer's cards laid out one after another. That would be a mistake, for each card has a revelation that lingers like a poem. Angela Long travels the world and the heart's unruly byways disguised as an innocent waif, with a wickedly kind eye and ear for place, culture, and character. The innocence is real, though – vulnerable, heartsick, too easily bruised by encounters with poverty, unfairness and simple endurance, and yet at the same time it is completely and wonderingly mischievous." - Sean Virgo, author of The Shadow Mother
"Angela Long writes of hash dens and tulip fields, avocados dropping like bombs in Guatemala, plotting to free an elephant in the cardamom forests beyond Madurai; she writes with a clear eye, a big heart, a wry wit. She offers tender hope for the f-word (the future) in this engaging, endearing, life-affirming book." - Susan Musgrave, author of A Taste of Haida Gwaii: Food Gathering and Feasting at the Edge of the World
Save this product for later